TAMPA, Fla. (WFLA) — A puppy often makes kids’ Christmas and birthday “wish” lists. It topped the list of 4-year-old Andrew Coulton, too. But the Bradenton boy wasn’t asking Santa to make his dream come true. He asked Make-A-Wish Southern Florida, and that wish was granted in the form of a wriggly three-month-old mini Goldendoodle.

The surprise delivery was met first with a look of confusion from Andrew, followed quickly by gleeful giggles and a lot of tail wags.

As Andrew chases the little puppy in circles, or maybe the other way around, it’s hard to believe that the little boy recently finished chemotherapy to battle the cancerous tumor in his brain. The chemotherapy followed surgery, and months of hospitalization.

“He couldn’t move, hold his head up, walk, talk,” says Melanie Coulton, Andrew’s mother. “He was constantly connected to tubes.”

Melanie says Andrew loved pet therapy, and that, coupled with her son’s interest in “Paw Patrol,” led to his wish for a dog of his own.

Andrew’s made not one, but two, new friends on this day.

In a first for Make-A-Wish Southern Florida, a child has made a wish come true. Kinsley Peacock, a six-year-old cancer survivor from North Venice, started her own nonprofit, Kinsley’s Cookie Cart, and set a goal to underwrite six wishes for critically ill kids like herself. Andrew’s wish was the first one granted by Kinsley.

“To see the joy and impact this has on the lives of Andrew and his family, it’s such a joy to see,” says Kinsley’s father, Adam Peacock.

Kinsley and Andrew are among the 12,000 wishes granted to critically ill children by Make-A-Wish Southern Florida since 1983.

Ways To Get Involved

Together we can make a difference. There are multiple ways to get involved with Kinsley's Cookie Cart. Make a tax-deductible donation, participate in an upcoming event, become a volunteer.

Your generosity will make a difference.
Donate Now

Together we can do great things.
Events

Discover how rewarding it is.
Volunteer 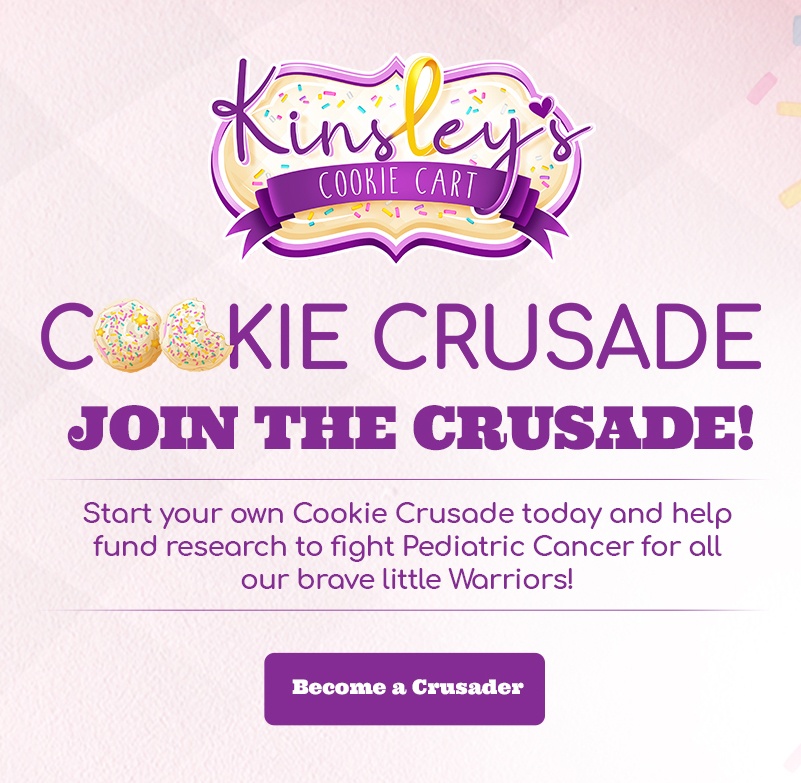 Kinsley has joined hands with the Providence Cookie Company to hand bake and deliver a box of her delicious sugar cookies! With every cookie order, 43% of your purchase will be donated to pediatric cancer research.  Your cookies will be delivered in a gift box with a note from Kinsley explaining the significance of how your support spreads love, kindness and hope for her fellow warriors!
Order Cookies 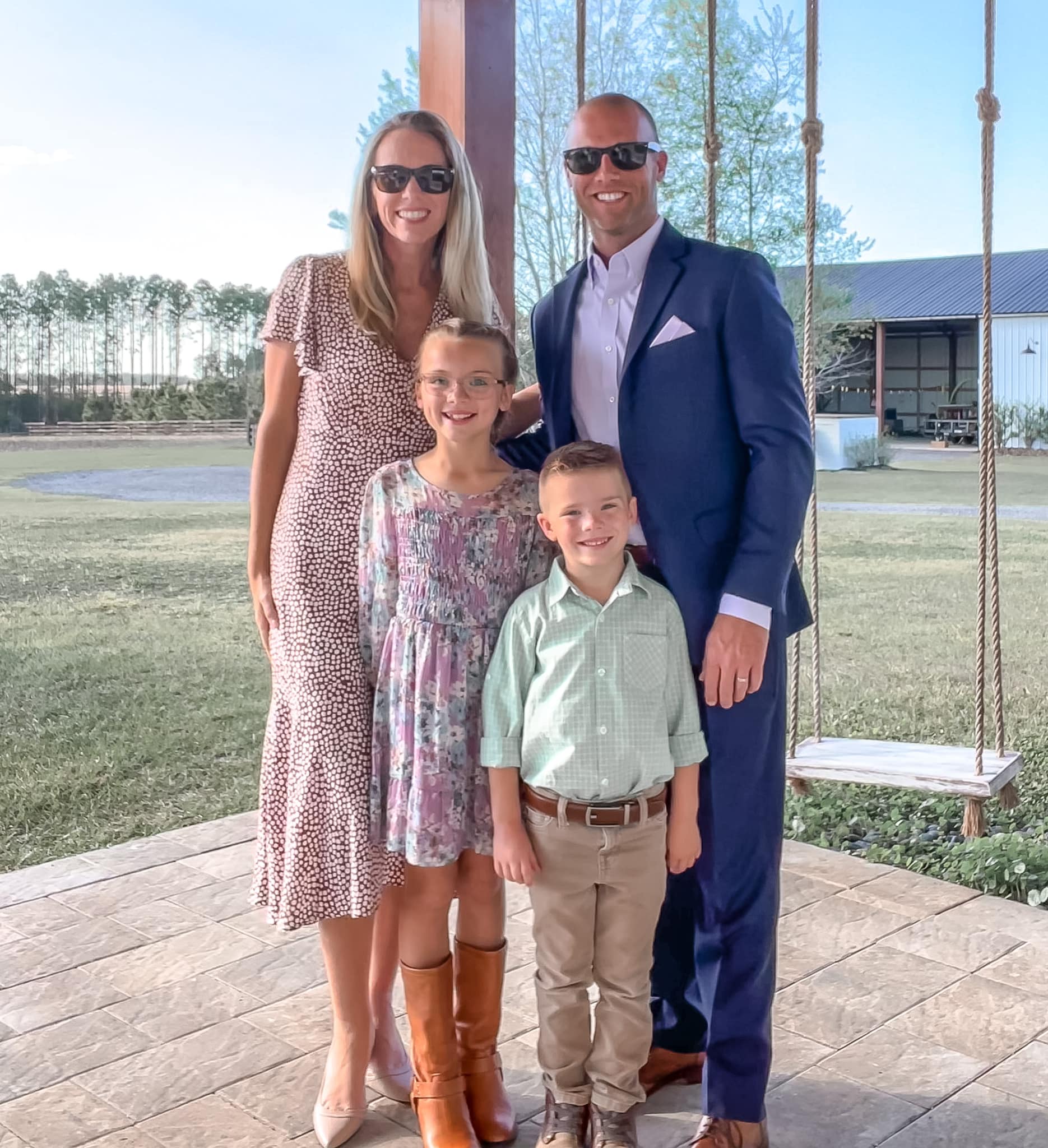 From our family to yours, thank you for supporting Kinsley’s Cookie Cart. Thank you... 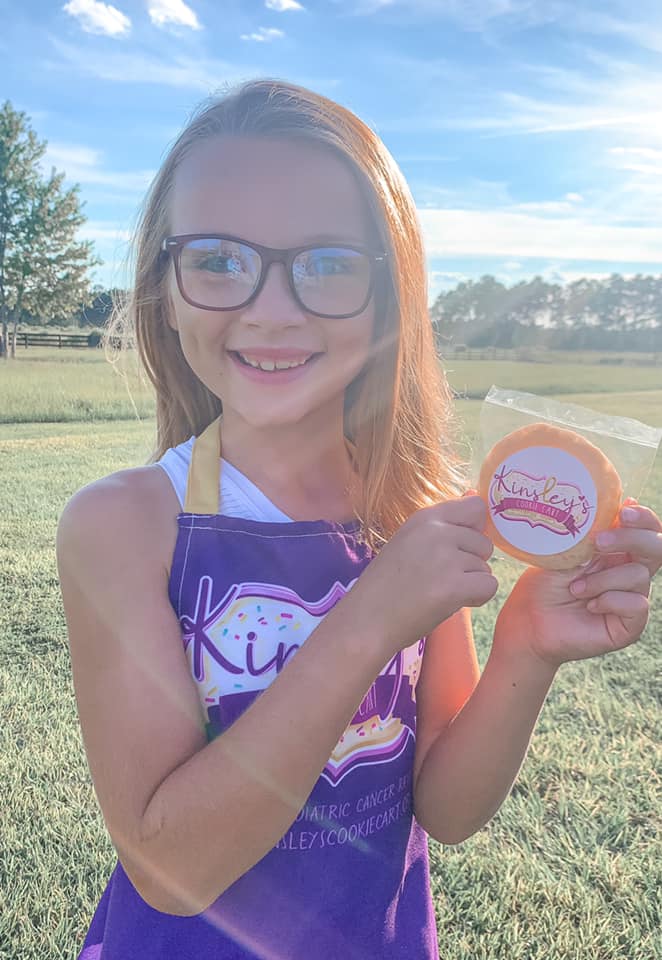 LAUNCH DAY Kinsley’s Sugar Cookies are now available! Whether you want a dozen for ... 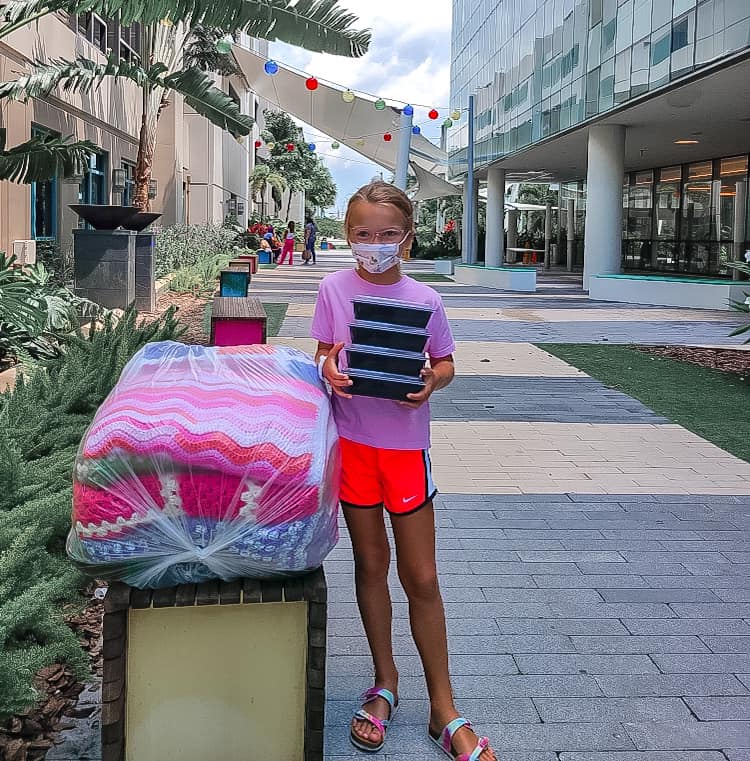 ALL CLEAR Today, Kinsley had her annual brain and orbital MRI. We sing praises to Jes...

Sign up to stay connected with our upcoming events, cookie cart pop-up locations and all of the great things that Kinsley and her team are working on to help our little warriors.

Copyright © 2023 Kinsley’s Cookie Cart
|
Privacy Policy
|
Sitemap
A COPY OF THE OFFICIAL REGISTRATION AND FINANCIAL INFORMATION MAY BE OBTAINED FROM THE DIVISION OF CONSUMER SERVICES BY CALLING TOLL-FREE WITHIN THE STATE. REGISTRATION DOES NOT IMPLY ENDORSEMENT, APPROVAL, OR RECOMMENDATION BY THE STATE. FOR MORE INFORMATION, CALL 1-800-HELP-FLA (435-7352) OR VISIT WWW.FLORIDACONSUMERHELP.COM. REGISTRATION#: CH58721